...we were known as The Calhoun County Bank and issued a Certificate of Incorporation by the State of West Virginia on the 14th day of November, 1900. Our humble beginning started with 250 shares of capital stock with a $100.00 par value for an initial capitalization of $25,000.00.

The bank opened for business in January 1901 in the Willard Hotel on Main Street.

The building was destroyed by fire in 1919. In 1929 the Calhoun County Bank merged with the Bank of Grantsville.

As we grew, we had to change locations several times until a building was built just for us on Main Street across from the Courthouse. 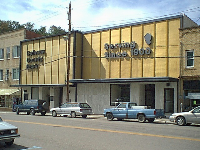 As growth continued, we added an addition in 1969 to the rear of the bank and again in 1977 by acquiring the adjoining Ben Franklin Store. A drive-thru facility was added on the corner of Court and River Streets in 1986. This location served as our Main Office until December 2018. 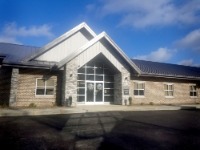 On December 17, 2018 we opened the doors to our new Main Office at 443 High Street in Grantsville.

As we continued to grow, we expanded with the addition of three branches. The first at Arnoldsburg in the southern half of the county in June of 1987. 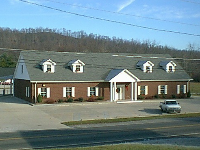 Our Elizabeth branch was added to serve customers in Wirt and Wood counties.

The next addition was the Glenville branch to serve customers of Gilmer county. This branch was formerly located in Foodland Plaza. Construction was completed in 2006 on the current facility, which is located on Route 33.

For complete branch information including business hours and telephone numbers, please go to the Hours and Locations page under Contact on the menu bar at the top of the page.

We have a mortgage solution
that’s right for you.

We have the checking
options to fit your unique
needs & lifestyle. Find
the right fit for you!